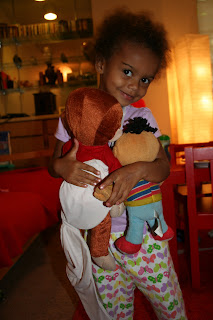 I’ve finished chapter one of A Secure Base,

by John Bowlby and I’m looking forward to getting started on chapter two. Hope y’all are enjoying this with me. I know it’s a bit dense, but I think the information is good and solid. I already feel more secure in my parenting having read some of this and I think it will continue to enlighten me.

Chapter 2 A Secure Base

The Origins of Attachment Theory

In the 1930s and 40s, a number of clinicians made independent observations about the negative effects in on personality because of institutionalization and/or frequent changes of a mother figure.

In 1949 the chief of the mental health section of the World Health Organization (WHO) requested to contribute to a United Nations study of the needs of homeless children. Bowlby was asked to be a consultant for the project. He wrote a report called Maternal Care and Mental Health, which offered enormous evidence regarding the adverse influences on personality development of inadequate maternal care during early childhood. In his report, Bowlby recommended ways to avoid or mitigate long-term ill effects. The report was translated into a dozen other languages in addition to English.

In the 1950s, two movies were released, Grief: A Peril in Infancy and A Two-Year-Old Goes to Hospital. These movies had much influence in the professional world where infant care was involved.

Because of the changes implemented, controversy over attachment theory continued, which had initially stemmed from early publications.

Critics trained in more traditional psychology and in the learning-theory approach pointed to lack of evidence and proper explanation as to how these experiences could effect personality development.

Research continued and the field continued to change.

In 1963, a WHO publication was released with several articles that reassessed the term, deprivation of maternal care. One articles by Mary Ainsworth pointed to some controversial evidence that needed more research.

Around the same time, another study was released by Harry Harlow on maternal deprivation in rhesus monkeys. In the UK, Robert Hinde released complementary studies.

Between these two scientists and Mary Ainsworth’s work, the opposition was undermined. After that, criticism became more constructive.

Questions remained, however. Uncertainties like: Why do these ill-effects persist throughout life? Which features or combination of features cause the distress? Is there a way to account for persistent ill-effects? Why do some children come through negative life experiences relatively unharmed, while others do not? How important is a principal caregiver? Some critics pointed out that it was common in some less developed societies to find multiple mothering (although, this turned out to be untrue).

In addition to the questions raised by its own researchers, there were common misconceptions surrounding attachment theory. A common inaccuracy was that the primary caregiver must be the child’s natural mother (the blood-tie theory). Another wrongly held account of the theory was that the mother must be with her child 24 hours a day with no relief.

A new look at the theory was necessary. This was pointed out by several reviewers of Bowlby’s publication, Maternal Care and Mental Health

, who said that the term maternal care was too broad. At the time it was assumed that the reason children are attached to their mothers because they feed them. Food was considered a primary drive, with dependency being a secondary drive.

Bowlby did not believe this theory to be accurate. Another theory posited that food, being the primary drive, and dependency at the mother’s breast, were interwoven. Bowlby did not accept either theory because, he said, that if these were true, children would easily cling to anyone who fed them. This was not his experience with any children.

He learned of a new theory by Lorenz on the responses of ducklings and goslings. This study caught his interest because these animals were obviously particular to their mothers, and yet, they fed themselves.

I’m going to stop there, because, well, I love a good cliffhanger. Have a lovely week! (And yes, that is one of my bras. She likes to use it as a sling.)