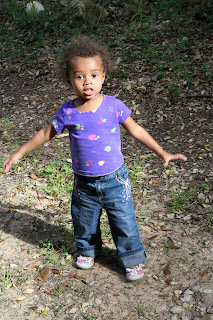 I think I finally get it. At least — as much as a White person can “get it.” And I’m even going to attempt writing about it, even though I’m not sure I can explain it.

Yesterday a White woman casually referred to Annika as “caramel-skinned.”

She wasn’t being racist or malicious. But in some ways that is exactly the problem.

She was reminding me that we’d met before and in her attempt to describe Annika she used the phrase. Likely it’s her uber-liberal, supposedly open-minded way of attempting to connect to people of color without using such banal terms as “Black” or “African American.”

I’m not a big fan of such terms as descriptors either. Not that there’s anything wrong with saying them. What it comes down to is that they’re overused, not that they should be changed to something less baggage-filled.

Living in Detroit for nine years, I got schooled in all the subconscious slights that we Whites/Caucasians make toward Blacks/African Americans.

It’s not real racism. It’s the kind of undercurrent that we (Whites) completely miss. It’s so ingrained in us that it’s normal that we don’t understand some of the hostility we receive. Hell, a lot of the hostility that’s doled out is subconscious and ingrained as well.

Toyin and I have had some pretty enlightening conversations about race.

But even so, since becoming Annika’s mother, I have been on the end of such missteps by other White folks and actually felt the icky feelings.

When I was still pregnant I overheard a White woman telling a little girl that she liked her “puff balls.”

She was talking about her hair.

I’m sure the woman meant no harm, but I was irritated as fuck by it. And I didn’t even know the little girl.

Later on in my pregnancy I was taking a trip to see Toyin in Detroit. On the airplane I was sitting next to a White woman about my age and we got to chatting. She was a mother of two, so she was interested in hearing all about my birth plans and the father of my child.

As mothers do, we fell into talking about things that most strangers would not talk about, TMI subjects like poop, childhood bi-polarism, pregnancy sex, and then lice.

I had mentioned that Toyin was African, so she knew that I was carrying a bi-racial child.

When the topic of lice came up, I said, “Ooooh, that sounds gross. I so hope I never have to deal with that.”

I couldn’t breathe for a few seconds. I felt like I had been kicked in the gut. Did she just compare my child’s hair to animal hair?

Yes, yes she did.

I stuttered for a few seconds and said something that passed for a response.

She looked uncomfortable. We talked for a few minutes to pretend like nothing had happened. Then we fell into a silence for a time.

She probably didn’t mean anything by it. It was probably so ingrained in her upbringing and since I am White, she fell into the trap of saying racist things to other Whites without fear of indignation.

And in case you’re wondering, as Toyin did. I did not misunderstand her. It just reminded me that it was a common comparison that I had heard growing up in west Texas.

So, back to the overuse of the terms, African American and Black.

Nothing wrong with it, when used correctly or in the right context. But as Toyin explained to me once when I told him I didn’t see anything wrong with using them as descriptors he said to me, “Yes, but why does it always have to be the first descriptor. How often to you describe someone as the White person? You would use the hair color, or height or what color shirt he/she is wearing.”

This might seem benign to some. I can say that at some point in my life, it certainly did to me.

But now, as a mother, I have begun to see how what others think of you can define you in many ways. It takes a strong and mature person to fight against stereotypes and even then, people don’t always manage to fight them successfully.

So, really, changing her descriptors to something that sounds sweet or delicious doesn’t change the fact that you are using her skin color to describe who she is.